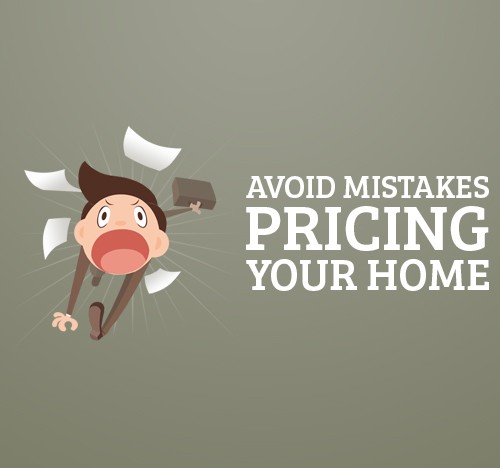 How do you avoid selling your house for less than it is worth? How do you avoid losing money in your sale? The first thing that you need to do is find out what other people have done wrong.

Find out where others made a mistake

and lost money as a result.

Then avoid making that same mistake yourself.

Underpricing is the easiest way

to lose money on your home sale.

The number one reason people lose money on their home sale is underpricing. They think their home is worth X. They don’t research the value. That is why it is so critical you have a true understanding of the value of your home in today’s market.

They put their home on the market, sell it for less than it’s worth, and never realize their mistake.

A perfect example is the sellers who sold 3 acres

Their buyer had experience with developments. He researched the zoning and discovered the 3 acres was zoned for high-density condos.

not accept an unsolicited offer when a bank

owned home is NOT on the market.

They know if someone comes along and makes an unsolicited offer, most of the time those offers are going to be below fair market value.

Two people were very interested in buying that piece of property. It was in a very good location. There wasn’t anything similar available nearby. Both buyers were very anxious to make an offer before someone else could snatch it up.

Both buyers really wanted that property!

Either one of them would have been willing to pay the fair market value of $90,000 for the property. Money was no problem; both buyers had the ability to pay in cash.

Unfortunately, the bank refused to take any offers on the property. They would not budge until it was listed on the open market.

There was a catch:

The bank made two big mistakes.

Had the bank not made mistakes, the two initially interested buyers would have made an offer, and likely started a bidding war.

There is a good chance the two buyers would have driven the price up to the $90,000 Fair Market Value.

After the bank refused to work with the buyers, they waited for the listing to appear. When it did not show up in searches, they gave up. Ultimately, both buyers moved on to find another piece of land.

Meanwhile, the property sat on the market, unnoticed. Because of the agent’s errors, nobody who was interested was seeing it.

It was pure luck the man who ultimately bought

the property even discovered it was for sale.

This man knew the bank was trying to foreclose on the property. He did some research on the foreclosure with the courthouse. He found out the bank had successfully foreclosed on it.

Knowing it had to be listed somewhere; he went online and searched through all of the properties for sale until he found the listing. To his surprise, it was priced well below the market.

Most bank owned homes are priced below market for a reason. Banks will discount the homes they sell because the house has not been lived in for 6 months – and the bank doesn’t know if there are any problems with it. Sadly, this was not the typical bank owned home.

The bank missed a full-price sale

This was a piece of raw pasture. There were no unseen problems with it. The buyer had lived down the road from it for years and was intimately familiar with it.

The buyer submitted an offer for $62,000 and the bank accepted it. He saved $28,000 because the bank’s agent was sloppy. – and they substantially underpriced it.

Why does this story matter to you?

Moral of the story: Anyone can lose money in the real estate market.

Any seller unfamiliar with the market risks selling their home for less than it is worth. In most cases, you would never even realize it.